UK Aus Trade Deal: What does it mean for eCommerce? 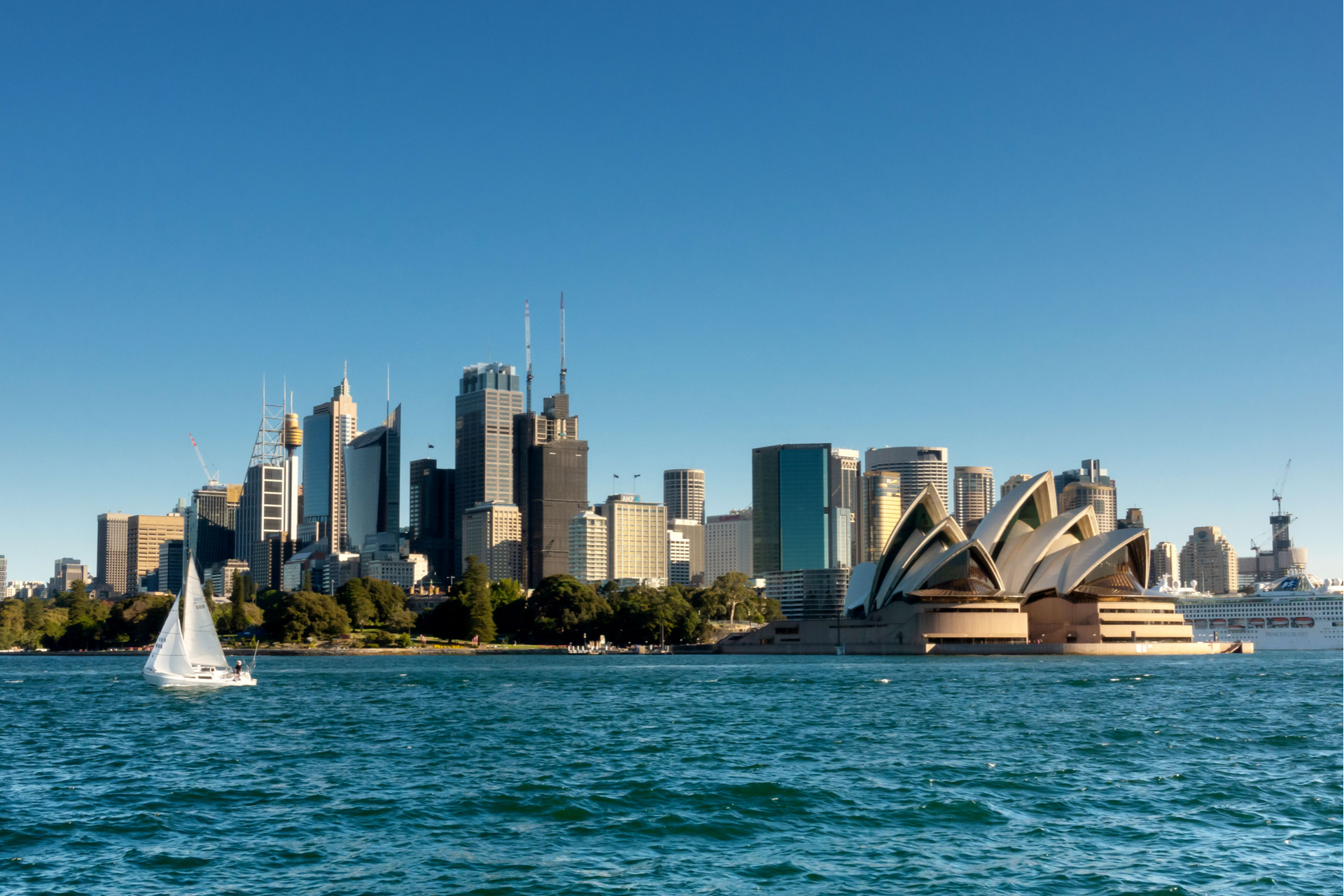 2) What are the benefits of the UK AUS trade agreement?

3) What does the deal mean for eCommerce businesses?

4) What are some of the most popular exports from UK to Australia?

5) How do I know if my products will appeal to Australian consumers?

As you may have heard in the news recently, the UK has made a large stride towards increasing trade relations on the national stage. The UK and Australia have made a trade deal in full concerning goods moving between the two countries. This is big news for the UK as it works to renew trade alliances post-Brexit. Many feel the UK AUS trade deal is a positive step towards easing the fears of citizens who have had financial concerns about what leaving the EU meant for the UK economy.

What many are not aware of is that the UK was Australia’s third-largest trading partner in 1973. However, after the UK joined the EU that year, they quickly became the twelfth. Moving forward with this new deal now and resolidifying the partnership is considered a time of rejuvenation for the UK.

Many importers and exporters are looking at the advantages of this new tariff-free trade agreement. By both countries agreeing to eliminate extra costs like customs duties on originating goods, this will allow for more prosperity of the partner nations. This type of cost reduction is attractive for international sellers in varying industries. Because of this increased supply, 3pl’s and logistics services will also see an increase in business.

In this article, we want to lay out what the trade plans look like and how it can benefit your eCommerce business. The full agreement has yet to be published, but we will make sure to update you on those details. This is the first trade deal the UK has negotiated since Brexit, and they are looking to further trade relationships with more countries in the immediate future.

We’ll continue to bring you the most relevant information for your eCommerce business, so keep an eye out for more.

What are the benefits of the UK AUS trade deal?

The Department for International Trade (DIT) has estimated that this free trade agreement could increase exports to Australia by up to £900 million. They also estimate It could increase overall UK GDP by £500 million while also increasing workers’ wages by £400 million. Here are some of the key takeaways concerning eCommerce specifically: 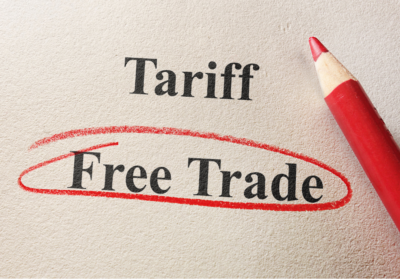 1) The elimination of tariffs on Australian goods

2) The elimination of tariffs on English goods

3) British citizens under 35 will be able to work more easily in Australia, allowing for cross-market b2b/b2c expansion.

Overall, this means that British products will be cheaper to sell into Australia and British consumers can enjoy many popular Australian exports also for cheaper. Some of the most popular consumer goods from Australia include wine, food, and wool.

The rejuvenation of this relationship also means that more financial services will benefit from strategic alliances with consumer goods and logistics services.

What does this new trade deal mean for eCommerce businesses?

We’re going to be seeing a new shift in emerging markets as companies seek to cater more to Australian customers. What this means is there is more opportunity to expand operations to a whole new market without the added worries of bloated taxes and tariffs. Exploring this new gateway will benefit many eCommerce businesses.

What are some of the most popular exports of UK goods to Australia?

The UK has many notable and unique exports that have fuelled trade for several decades. These range from chocolates to Scotch Whiskey and miscellaneous materials. 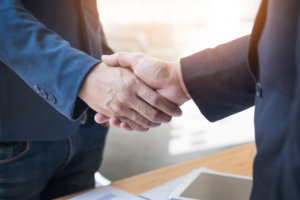 Currently, the top 10 exports from the UK to Australia are:

These varying industries have a longstanding relationship with Australia, hence why they have been some of the most popular exports. With this new UK AUS trade deal, there is an opportunity for more of the popular UK consumer goods to expand into the Australia-Indo Pacific regions.

How do I know if my products will appeal to Australian consumers?

The relationship of the import and export business has always been one of exchanging natural resources and locally sourced goods that are not available anywhere else. The commodities that will benefit the most have that certain signature domestic quality. To be specific, three of the largest industries for the export of consumer goods from the UK that have far-reaching implications are fashion, cosmetics, and non-durable goods.

The fashion industry in the UK has been growing steadily over the last seven years domestically and internationally and is expected to end 2021 at a staggering £62.2 billion. There seems to be a demand specifically for products from UK-based retailers and brands, for non-UK customers. 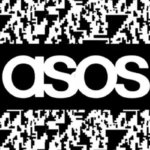 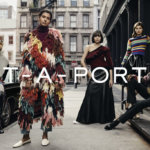 The number of searches on Google for UK-based fashion brands from global markets has grown by an average rate of 46% each year since 2010. This means the global market is interested in UK offerings as a result opportunity will open in Australia from this deal.

Currently, two of the largest retailers to reach international audiences are the UK fashion houses ASOS and Net-A-Porter. With a tariff-free agreement, many smaller fashion labels and retailers are expected to compete in this emerging market.

In recent years, 377.3 million British pounds worth of hair care products were exported from the UK. However, the skincare and decorative (beauty) industry have the largest export value, with figures reaching 1.7 billion pounds.

With many UK sellers sourcing and manufacturing beauty products within the UK, the Australian market is a tariff-free area of growth potential for them.

Non-durable goods are classified as short life spans, including food and drink. The most popular exports of UK non-durable goods include Whisky and chocolate. In 2020, according to Statista, the top 5 largest purveyors of UK Whiskey are:

As you can see, Australia is not currently on the top 5 list for Whiskey exports, so this number is expected to rise in the coming years.

Yes, Selazar offers domestic and international shipping through our partner courier network. This is available to all our clients. Feel free to set up a discovery call so that we can learn more about your business and shipping needs.

In a post-Brexit climate, opening up the international stage to better deals seems to only spell more prosperity for the UK economy. As this deal is only in the initial stages, it would be prudent to investigate how this new agreement could benefit your business.

Learn about smart logistics, hyperlocalisation and more to expand your online business in the full report now.

Want to increase your brand awareness and retain more customers?  Having great products is just one part of the customer experience. There is the initial online experience – then the delivery experience. When customers receive your products, an...

How do internal eCommerce warehouses operate and what are dispatch cut-off times? Why are they important and how do the affect online sales for your brand?   Understanding this shipping process matters when considering 3PL services. Brands know...

Whilst hordes of shoppers dashing for that last bottle of Chanel No.5 on Christmas Eve has become a rare sight, the peak season frenzy is very much alive and kicking. But what has changed? It’s simple: last-minute shopping has become an online...

Any experienced online business knows the extensive costs of doing business today. There are dozens of outgoings – from hiring employees to marketing, taxes, utilities, etc. It can feel quite overwhelming, especially while the eCommerce space...

Expanding your brand across borders internationally can feel like a daunting task. As much as you want to grow your business, breaking into an unknown market (such as the UK eCommerce market) can be challenging. Though many have low hopes for the UK...

It’s interesting what types of products become the new eCommerce trends each year and what stays consistently trendy. Why do certain items sell so well, and what value do they bring to consumers? Considering we’re already nearing the end of...

Speak with a fulfilment expert
We use cookies to ensure that we give you the best experience on our website. If you continue to use this site we will assume that you agree to our Privacy Policy
Accept
Manage consent

This website uses cookies to improve your experience while you navigate through the website. Out of these, the cookies that are categorized as necessary are stored on your browser as they are essential for the working of basic functionalities of the website. We also use third-party cookies that help us analyze and understand how you use this website. These cookies will be stored in your browser only with your consent. You also have the option to opt-out of these cookies. But opting out of some of these cookies may affect your browsing experience.
Necessary Always Enabled
Necessary cookies are absolutely essential for the website to function properly. These cookies ensure basic functionalities and security features of the website, anonymously.
Functional
Functional cookies help to perform certain functionalities like sharing the content of the website on social media platforms, collect feedbacks, and other third-party features.
Performance
Performance cookies are used to understand and analyze the key performance indexes of the website which helps in delivering a better user experience for the visitors.
Analytics
Analytical cookies are used to understand how visitors interact with the website. These cookies help provide information on metrics the number of visitors, bounce rate, traffic source, etc.
Advertisement
Advertisement cookies are used to provide visitors with relevant ads and marketing campaigns. These cookies track visitors across websites and collect information to provide customized ads.
Others
Other uncategorized cookies are those that are being analyzed and have not been classified into a category as yet.
SAVE & ACCEPT